Editorial note: TWH places the terms “witch,” “witch-hunt,” and “witchcraft” within quotation marks, and uses lowercase letters to indicate the victims of crimes and those accused of practicing “witchcraft”. The majority of those who have suffered these attacks and abuse are largely Christian and have no connection to any magical or modern Pagan belief or practice including Witchcraft.

WESTERN CAPE PROVINCE, South Africa – A recent article by Leo Igwe, the director of the Advocacy for Alleged Witches highlights some of the confusion and misconceptions that have helped fuel controversy and impacted the fight to stop “witch-hunt” killings.

Igwe has been a powerful force within Nigeria and other African countries in the advocacy for stopping “witch-hunts” and especially for the protection of children who have been accused of being “witches.”

In his article, Will South Africans Rally Against Witch Persecution And Muti Murders? Igwe focuses on how South Africa has addressed, or in his opinion has somewhat failed to fully address these issues.

TWH spoke with Damon Leff, the director for the South African Pagan Rights Alliance (SAPRA), which sponsors the annual Touchstone Advocacy campaign, “30 Days of Advocacy against Witchcraft Accusations and Witch-hunts” and runs from March 21 through April 27 this year. 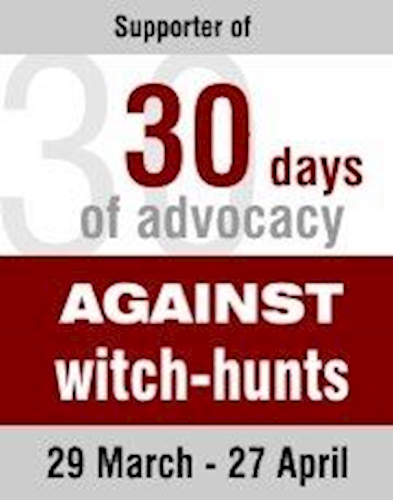 “I empathise with Igwe’s intention to demonstrate that narratives of prejudice sometimes coopt and distort terminology,” Leff said.

The term “muti” may be unfamiliar to those outside of South Africa, and other African countries.

Leff explained its meaning, “Whilst it is true that the term ‘muti’ means ‘medicine,’ African cultural traditions do ascribe supernatural properties to medicines derived from both plant and animal sources. Within these traditions, these properties may be either positive or negative, and may be used to aid healing, as well as banish misfortune.”

Igwe draws a connection between “witch-hunts” and “muti-killings” and racism,

In addition to witchcraft-related attacks, South Africa is grappling with killings linked to the belief in muti. Police have described muti killings as a form of crime against humanity. Unfortunately, this designation has done very little to persuade South Africans,-black South Africans- against this harmful superstitious belief and practice. Muti belief and practice remain strong in the region because there is some racial undertone. In South Africa, racism feature in everyday discourses.

Some identity politics underlies the debate of muti. Over the years, muti has featured prominently in the exotic representation of African culture mainly by western anthropologists and their African apologists. This misrepresentation has made it difficult to unpack and critically examine muti beliefs.

Leff points out some of the issues with the assertions that Igwe makes, and how Igwe’s own beliefs may be coloring the lens he views spiritual practices through, “Igwe is a secular humanist, and so it is not surprising that he would eschew any mention of cultural beliefs that ascribe supernatural properties to muti.”

Leff explained how illegal and unethical practices have contributed to some of the confusion in terminology and where it originates, “In Southern Africa, unethical traditional healers (nyangas, sangomas and witchdoctors) sometimes resort to using human body parts harvested from victims whilst they are still alive. This practice is widely condemned by both ethical traditional healers and actual Witches.”

“In distancing themselves from such practices, and from the use of the term ‘muti’ with which to identify the products of such practices, some healers erroneously refer to rogue practitioners who use human body parts as ‘witches’,” he continued and explained further how it relates to the subject of “witch” persecutions, “Despite such defensive accusations, court records show clearly that those who engage in the harvesting and trade in human body parts do not identify themselves as ‘witches’ at all, but as ‘traditional healers’.

“Scapegoating ‘witches’ to deflect negative attention away from those who abuse traditional healing practices for their own criminal gain results in the reinforcement of prejudicial narratives against actual Witches, and engenders accusations of witchcraft against ordinary citizens who do not identify as Witches.”

TWH has reported previously on how countries have attempted to respond to the crisis of “witch-hunts” and the “witch camps” in Ghana following the murder of Akua Denteh in 2020 and how complex the issues are–much of the same complexity surrounds the situation in South Africa.

While Leff notes that Igwe asks an important question he also makes a counterpoint,

Igwe rightly asks whether South Africans will collectively condemn witch-hunts. We must ask whether Igwe even acknowledges the work done by the South African Pagan Rights Alliance to challenge accusations and witch-hunts in our country?

If he does, he will note that the number of accusations and witch-hunts in this country have dropped dramatically, and local government officials and police now publicly condemn incidents when they occur. This is a direct result of our advocacy.

Leff acknowledges the important work Igwe has done and continues to do in the fight against persecution, “We honour Igwe for his own successful campaigns against ‘child witchcraft accusations’ in Nigeria.”

However, he and SAPRA also recognize the potential bias, “We accept that his [Igwe’s] campaigns seek to deny the existence of Witches and Witchcraft; a natural consequence of his atheism. Our own campaigns in South Africa do not seek to deny the fact that real Witches do exist. We admit that navigating the thin line between religious identity and prejudicial accusation is always fraught with difficulty. Our campaigns seek only to end human rights abuses resulting from misrepresentation – false accusations of harm, against ordinary people.” 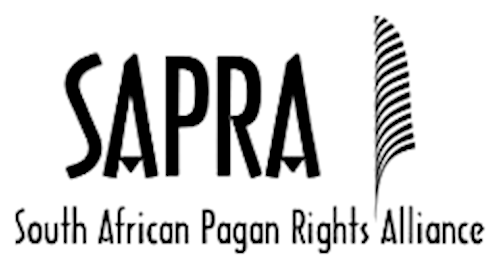 Leff goes on to say, “We accept that attempting to suppress the widespread belief in the agency of Witchcraft as a cause for misfortune, harm, disease, murder and death won’t stop some people from continuing to believe that “witches” are malevolent and must be murdered. Prejudicial beliefs about Witchcraft won’t change overnight either, but changing them must start with education, not with the suppression of access to the truth.”