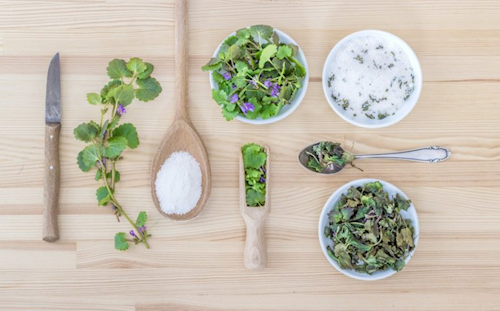 BERKELEY, Calif. – In February, Dr. Lezlie A. Kinyon, Ph.D., a Wiccan priestess, poet, artist, and culinary enthusiast, who decided to enter an online cooking competition, Favorite Chefs, has now advanced to the top five. If she comes in first in the next round of voting, she will advance to the quarter-finals.

Kinyon, known within the Pagan community as Ashes of Roses, which often gets shortened to just “Ashes,” explained her almost whimsical decision to enter the competition, “Like a lot of friends, I’ve been baking my way through this pandemic and I thought it would be fun to invite friends who like to eat to play and see if we could pass the first round. I never expected to get this far!”

She described her passion for the culinary arts as, “For me, cooking is a sacred art that is thousands of years old.  I love to cook and I do a large amount of wild foods cooking. I seem to be always cooking or writing or thinking about cooking or writing. Pre-pandemic, I did a lot of entertaining and a little bit of catering…  I did years of ‘paying my dues’ catering and paid for grad school that way.”

Kinyon points out how her mother’s work as an herbalist had an early influence on her, as well as that of a friend who was a chef, “My mother was an herbalist of some reputation and taught me about wild plants from a very early age. She gave me the gift of knowing that if I’m ever stranded in the wilderness, I will not starve or poison myself. With the training I received as a young girl from a good friend who was a Cordon Bleu chef, I will, in fact, eat well.” She also notes that despite her mother’s training, “I certainly don’t plan to be stranded in the wilderness any time soon.”

The contest itself benefits the non-profit, Feeding America® which is the largest domestic hunger-relief organization in the U.S., providing 40 million people, which includes 12 million children and 7 million seniors with access to food and meals through its network and programs.

The way the competition works is that anyone with a Facebook account can vote for their favorite chef, for free, once a day. Voters can also opt to purchase a vote that counts towards their favorite chef(s) if they want to vote more than once daily, 25% of the money collected for the additional votes will go directly to Feeding America once the contest is concluded.

Kinyon has a profile page on the Favorite Chef site, where people can vote for her. Voting for the current grouping ends at 6:00 PM PDT on March 18. If she secures first place within her group, then voting for her will reset and begin anew for the quarter-finals round on March 19. The grand prize winner in the contest will be awarded $50,000 and be featured in a double-page advertisement in the food magazine, Bon Appétit. The contest concludes on April 8.

And if she wins, Kinyon said, “It’s enough to fund a long-desired magickal quest and some long-anticipated research into the disappearing wild places impacted by climate chaos and the sub- and Arctic cultures who are endangered. Should I win, it’s because of all the people who take time to vote.”

She went on to say, “I want everyone to know how deeply I feel the gratitude for the support, especially those who also donated to Feeding America: someone will have dinner tonight because of those donations.” 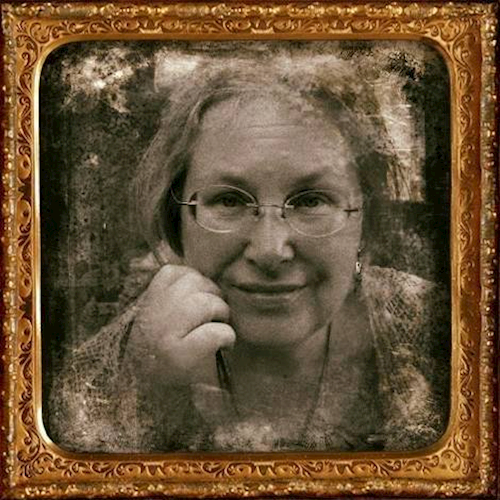 Kinyon, who also serves as the president emerita, and CFO for the Society for Ritual Arts, and is the editor for their publication Coreopsis Journal of Myth and Theatre, as well as maintaining the Society’s various social media feeds. 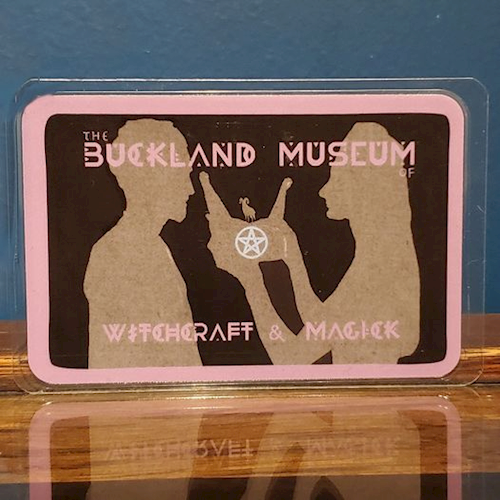 CLEVELAND – A new exhibition titled, “Transmutations: Witches, Healers, and Oracles” recently opened at the Buckland Museum of Witchcraft and Magick. The focus of the exhibit is on the prospective healing aspects of art and features the photographic works of Destiny Turner, Alexis Karl, Courtney Brooke, Lorena Torres Martell, and Nahw Yg with words by renowned author, Kristen J. Sollée.

According to a recent press release reported on by the Cleveland Scene, described the offerings as, “featuring artists who have channeled their life experiences into their art-making practice using the languages and aesthetics of the esoteric, witchcraft, shamanism, and other contexts which imply the conjuring and manipulation of forces outside of mundane sensory perception.”

Steven Intermill, director for the Buckland Museum said, “Guests have really been loving the show. We’ve expanded the gallery space of the museum another 120 square feet, so feeling blessed that the launch of the new room could correspond with this show.”

The new exhibit is a mix of vintage and contemporary Witch-related photographic art which Intermill said, “blend together seamlessly.” It also the latest collaboration with Stephen Romano of Stephen Romano Gallery NYC, who was the curator and creator of the two previous exhibits, “William Mortensen’s WITCHES,” and then “APPARITIONS.. specters, conjures and the paranormal …” which ran from October 1 through to the end of 2020.

Intermill said, “Romano approached me about the show as a follow up to ‘Apparitions.’ He wanted to focus on contemporary witch photography,  and then figured out a way to involve our mutual friend Kristen Sollée and her writing. Her words are really what brought the show to life.”

In a press release, Romano said, “The title of the exhibition, ‘transmutations,’ came in a conversation with the artist Destiny Turner, who is also a poetess, and suggests the action of changing or the state of being changed into another form.. either in actual form from matriarch to witch or shaman (and back again), from darkness to light, from mundane to supernatural.” He continued, “The possibilities are endless, and Kristien J. Sollee’s texts best compliment how that applies to the works in this exhibition. The show features artists whom I call ‘authentic,’ as they have channeled their true life experiences directly into their art-making practice. These artists use the language and claim the imagery of the esoteric, witchcraft, and healing to perpetuate what is to me the noblest and highest ambition an artist can have, to use art as a social healing device.”

According to Intermill, the Buckland Museum will be announcing some live-stream events that will feature some of the artists involved in the show and take place in the next week or so on Facebook and YouTube.

The exhibit runs through April 30 and requires ticketed appointments in order to comply with pandemic restrictions. 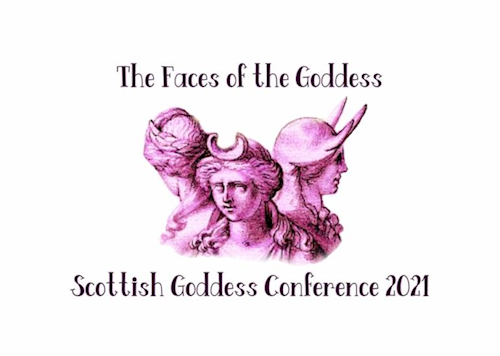 In the press release, Temple Founder Ness Bosch said, “I am incredibly excited to be able to host the first-ever Scottish Goddess Conference! Hopefully next year we hope to be able to host the event live! This is just the beginning of something great. I can’t wait to open the door to our physical temple to the world… Scotland has so much to offer and the Scottish Pagan community is bright and bubbly. The Goddess Temple in Scotland will be a great asset for all of us.”

“I am delighted to be able to support Ness as we host the first-ever Scottish Goddess Conference. Our event has also been sponsored by Children of Artemis and Witchfest, and I cannot thank them enough for their support and encouragement,” Vanscott said in the press release.

The first batch of early bird tickets is scheduled to go on sale March 11 – 15 or until they sell out. 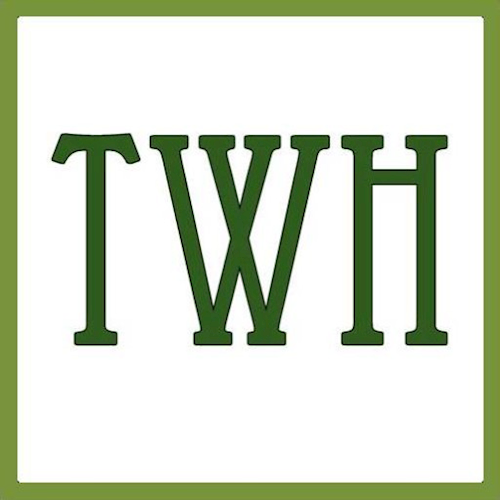 TWH – American naturalist and nature essayist, John Burroughs once said, “Leap and the net will appear.” This phrase consists of a notion that if you set out on a possibility, go forward with an action, whatever the outcome may be, you will not freefall into nothingness. A net will catch you.
That quote is how correspondent, Azure West characterizes the new adventure she is embarking on. It is also one that is endorsed by TWH and the results of her endeavor will appear here.

West said, “It’s this quote that rings in my mind right now as I’m setting out on a new journey. There is drive. There is ambition. There are a host of components that help the stars line up just right.”

West intends to interview, film, and produce a new series that will focus on folk magic practitioners. She does need a little help to be able to afford the equipment she will need. so has started a GoFundMe campaign.

Of the planned project, West said, “Not only will these productions hold educational purposes, but I strive to make these films entertaining as well as thought-provoking. Donations will help me to gather the tools I need to ensure a successful production can be completed. I look forward to leaping with the knowledge that the net will appear. Thanks to any and who are willing to help in casting that net.”