MOSCOW – Recent reports from Russia suggest that the nation’s security forces have begun to target practitioners of an ancient folk religion because of accusations linking their practice to extremism. The religion, called Ak Jang, meaning “White Faith” or “White Belief,” is being increasingly adopted by youth and reportedly creating tensions with the local dominant Buddhist faith.

The reporting focuses on the ethnic republic of Altai found in central Russia, part of the Siberian Federal District. It is bordered by Kazakhstan and Mongolia and shares a 20-mile border with China. Russia conquered the region from the Chinese in the 19th century.

Altaians have traditionally practiced shamanism in addition to Buddhism, and since the turn of the last century, rituals in the syncretic Ak Jang tradition have been held in open-air temples called Küree. Clans also have totemic animals (banyana) that tie them to the place and to the land.

Ak, or “white,” refers to the upper world, or heaven, and may also refer to their rejection of animal offerings. Jang refers to a “way of doing things.” Practitioners revere deities and ancestors from three worlds: the upper world of heaven, the middle world of nature and human affairs, and the underworld.

Professional shamans (manjaktu kam) develop a relationship with the spirits, the land, and the gods to assist with healing, to address crises, and to offer basic guidance on life and its challenges. 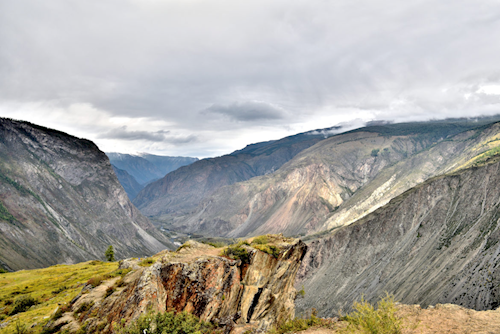 Originally, Ak Jang was anti-shamanistic, but it evolved and incorporated the pre-existing Altaian folk religion. The current Ak Jang movement combines ancient pre-shamanist, shamanist, Tibetan Buddhist, and Eastern Orthodox Christian beliefs. It is increasingly tied to ethnic identity and the land itself.

The Altai have an ancient indigenous culture that holds the land sacred. A UNESCO World Heritage site called “The Golden Mountains” is sacred to the semi-nomadic Altaian people.

The travel planning website Travel Altai describes a variety of religious traditions in the region, including “the Way of the Warrior Teachings of Don Juan, described by Carlos Castaneda; access to the universal human energy in Reiki; self-realization in Sahaja Yoga, neo-pagan mysteries and traditional waterfall practices of Altai spiritual culture.”

The region contains petroglyphs, standing stones, and was the site where the Siberian Ice Maiden, an extraordinary well-preserved 2,500-year-old in permafrost, was found.  Caves in the region were used by Neanderthals and Denisovans. 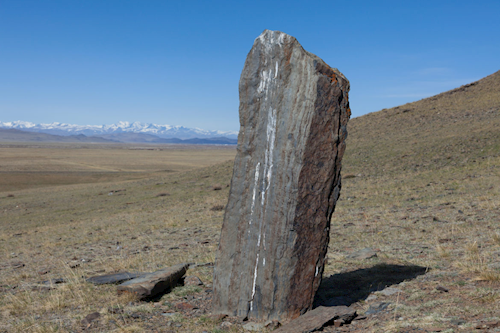 “We maintain connection to the land through petroglyphs, standing stones, kurgans, throat singing, totem plants and animals like snow leopard and wolf,” said Igor Sailankin, director of Nature Park Belukha, to the Sacred Land Film Project. “It’s something people live with every day.”

Archaeologists consider the area to be rich in burial sites. Indigenous people believe that the area is bound to the flow of energy on the Earth.

There is little detail about the nature of the current persecution. Legal actions, including a proclamation by the regional district court, identified the Ak Jang practitioners as an extremist organization engaging in apparently illegal acts such as proselytizing and circulating extremist materials. Reports note that more charges are expected in the coming months.

The Ak Jang claim that the local leadership of Altai Buddhists, who insist Ak Jang spirituality is a “folk Buddhist” variant, are backed by the Russian Federal Security Service.

Previous scholarship at the University of Saskatchewan identified all forms of religious persecution under Communist rule. “With regard to the aboriginal traditions,” the researchers noted, “the Communist Party directives aimed at the ‘elimination of the religious superstitions without a trace.’”

There may, however, be more to the current persecution than merely using a religious context to marginalize the indigenous Altai community. “In 2012,” Minority Rights notes, “a conflict emerged between the Russian Federal Government and the Government of the Altai Republic, focusing on a new Gazprom project and the proposed construction of a gas pipeline to China through the Ukok Plateau, an important environmental treasure and a holy place for the Altai minorities.” In 2012, the Altai Republic’s government recognized the sacred status of the Ukok Plateau, a move meant to obstruct further commercial and industrial activities, but plans to develop the pipeline through Ukok have continued.

Regardless of the economic objectives, reports note that despite the persecution shamanism will survive in the region and in Siberia. “’The rebirth of paganism’ in Asia,” writes Vladimir Rozanskij in AsiaNews, “pride of the Altai peoples, exerts great fascination among local youth.”

“Over 70 years of Soviet rule, our culture was destroyed,” Aleksei Romanov, a Yakut film director, told RadioLiberty, which is funded by the United States government. Romanov is part of a group of Yakut filmmakers whose work has been shown at film festivals around the world. “Shamanism, our traditional faith, and other customs were banned. But now we’re bringing them back.”

How this pride in the traditional shamanic culture of the region will engage with this potential new form of state repression remains to be seen.