Recent actions by the Biden Administration and their environmental impacts

Biden has stated that addressing climate change is among his highest priorities, and many of the proclamations and executive orders he has issued are focused on the environment and are reversals of the policies of the prior administration.

Canu Nodiad is High Priest of Beachfyre Coven, a Senior Seer in the House of Brigh Faery Seership Institute, and 3rd Degree Elder in the Georgian Tradition. He is also an environmental attorney and offered some perspective on how the most recent executive orders issued by Biden might impact the environment and why they matter for the collective Pagan community.

Canu commented on some of the executive orders Biden has issued, and how they highlight a multi-faceted approach to addressing environmental concerns.

In the first weeks of his administration, President Biden has signed executive orders supporting both the environment and science in ways that no administration has attempted, strengthening regulatory review, reestablishing the President’s Council of Advisors on Science and Technology, recommitting the United States to the Paris climate accord, seeking ratification of the Kigali Amendment to the Montreal Protocol on Substances that Deplete the Ozone Layer, cancelling the Keystone XL pipeline permit, and committing the federal government to addressing climate impacts and environmental justice in virtually every function from national security and defense to public lands management and electrifying its own fleet of vehicles.

On Jan. 27, Biden issued his “Executive Order on Tackling the Climate Crisis at Home and Abroad.” He set two major goals. By 2035, the U.S. would have a carbon pollution-free electricity sector. By 2050, the entire U.S. economy would have net-zero greenhouse gas emissions.

Canu points out that, “In what Yale Climate Connections calls ‘a mini-Green New Deal,’ Biden charges agencies across the federal government with restructuring both domestic and foreign policy in ways that seek to better understand and limit environmental impacts, emphasizing the importance of climate change, worker’s rights, and the disparate impacts of pollution.”

The federal government has a powerful tool to indirectly influence the U.S. economy in its purchasing power. The sheer volume of U.S. purchases can increase demand for green products.

The U.S. transportation sector accounts for 28% of all US greenhouse gases. In that sector, U.S. levels of greenhouse gas emissions have remained at their 2005 levels.

The government has a fleet of 650,000 vehicles. At present, the total number of electric vehicles (EVs) and hybrids in the U.S. amount to 1.4 million (2%). If the U.S. fleet went electric or hybrid, it would be an increase of about 46% in the number of green vehicles in the U.S.

Other factors are also increasing the demand for EVs. Yale Climate Connections reported that California Governor Gavin Newsom issued his own executive order in Sep. 2020. Newsom’s executive order will, by 2035, restrict sales of passenger cars and trucks to those that are emission-free. The Governor of Massachusetts issued a similar order. General Motors (GM) has adopted the 2035 deadline. After that date, GM will only produce zero-emission vehicles. 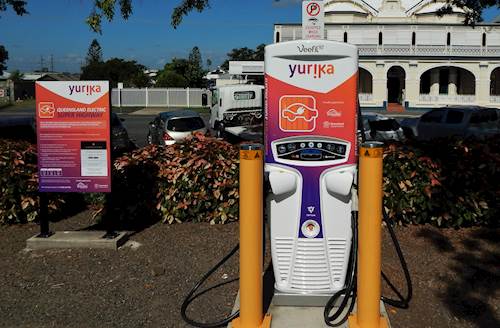 Another executive order has two other themes. Biden is linking the adoption of clean energy with well-paying blue-collar jobs. He is also connecting federal investments with environmental justice. The executive order requires that 40% of the economic benefits should go to marginalized and disadvantaged communities.

A key part of Biden’s climate plan involves the Civilian Climate Corps. This corps would have the responsibility to “conserve and restore public lands and waters, bolster community resilience, increase reforestation, increase carbon sequestration in the agricultural sector, protect biodiversity, improve access to recreation, and address the changing climate.” It has echoes of the Civilian Conservation Corps, created in 1933.“

Canu said, “From a Pagan perspective, Biden’s executive orders commit an unprecedented amount of federal government time and effort towards exploring humanity’s potential as a sustainable part of the environment, rather than continuing its often tragic and misconceived role as the master of Mother Earth.”

He went on to say, “Let’s hope this effort gains the support of Pagans and finds root in the precepts of other faith communities that seek to raise humanity to a better relationship to our shared environment and with the Earth itself.” 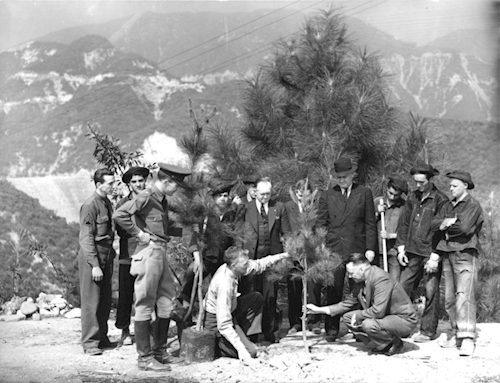 Biden has pledged to develop a climate finance plan. It would assist developing countries in reducing emissions without threatening their development.

Biden began the process for the U.S. to rejoin the Paris Climate Accords. According to The New York Times, those accords required that the U.S. reduce by 28% its greenhouse gas emissions below its 2005 level. Under the last administration, the US had only reached halfway to its goals.

“We’ve just lost four years,” he said. The new rules will “need to be stronger than the previous rules, or else the time lost by the Trump administration will not be regained.”

Reversal of rollbacks of regulations

The Trump administration had weakened or rolled back more than 100 environmental regulations. Biden ordered all federal agencies to begin reviewing and reinstating those changed regulations.

Canu noted, “Paganism is marked by beliefs and practices that are centered on the environment, honoring the turning of the seasons and expressing reverence for the Earth itself.” He continued, “That perspective fosters a sense of the possibility of humanity as an integral part of the environment, fostering a sense of stewardship and respect for sustainable practices that express that reverence.”

On Jan. 20, The New York Times published a full list of these attacks on environmental protections. Trump’s reversal of those regulations that protected the environment included the following areas: 1) air pollution and emissions, 2) drilling and extraction, 3) infrastructure and planning, 4) animals, 5) water pollution, 6) toxic substances and safety, and 7) miscellaneous rollbacks.

The Trump administration had cut two million acres (~809,371 ha) from the Bears Ears National Monument and the Grand Staircase-Escalante National Monuments. Biden has restored both monuments to their pre-Trump size.

The New York Times reported that before Trump’s reduction the Bears Ears National Monument had an area of 1.35 million acres (~546,325 ha). Afterward, it had an area of 200,000 acres (80,937 ha). The monument contains gravesites, ceremonial grounds, and ancient cliff dwellings. The Navajo, the Hopi, the Zuni, and several other Tribes/Nations had lobbied extensively to have it declared a national monument.

The New York Times reported that Trump had cut the Grand Staircase-Escalante National Monument in half. The reduction split the monument into three zones. One zone had been separated from the other two zones.

In its last days, the former administration opened up the Arctic National Wildlife Refuge for oil and gas leases. Biden will enforce a temporary moratorium on those leases.

“For many Pagans, science helps illuminate how well humanity can understand, and limit, its environmental impacts,” Canu said.

The previous administration had rollbacked the standards for allowable vehicle emissions. In the first days of his administration, Biden reversed that rollback. Biden revoked the permit for the Keystone XL pipeline.

“Pagan activism has been marked by support for more progressive environmental law and policy as an outgrowth of its fundamental precepts, and the Pagan community can find much to celebrate in the early executive orders of the new Biden administration,”

The previous administration had diverted funds to pay for its wall on the border with Mexico. Biden terminated that diversion and ordered a halt to wall construction. This could help some of the fragile wildlife refuges and the ecospheres that have been impacted along the border.

Quitobaquito the rare desert spring within Organ Pipe Cactus National Monument and the San Bernardino National Wildlife Refuge are two sites that have been impacted by the border wall construction. The cross-border migration of over 100 species has also been impacted.

Unfortunately, it is hard to know exactly how much since the previous administration waived many of the federal environmental and cultural laws designed to protect. Considering some of the actions already taken by the Biden administration, it is possible that they will undertake further action to help restore the ecological balance to some of the worst affected areas.

The New York Times has reported that GOP opposition to Biden’s environmental actions has already begun. Senator Steve Daines (R-MT) said he plans to introduce a resolution about the Paris Accords that would require Senate approval to rejoin the Paris Climate Accords. He also plans to introduce another bill to authorize the Keystone XL pipeline.

As reported by The Guardian, Texas governor, Greg Abbott (R), voiced intent to block Biden’s halt on the drilling for gas and oil on public lands, “Texas is going to protect the oil and gas industry from any type of hostile attack launched from Washington DC.”

These actions largely set policy and indicate direction. A number of them would likely add expenses to the budget, which would require Congressional approval, and others will likely be challenged in court.