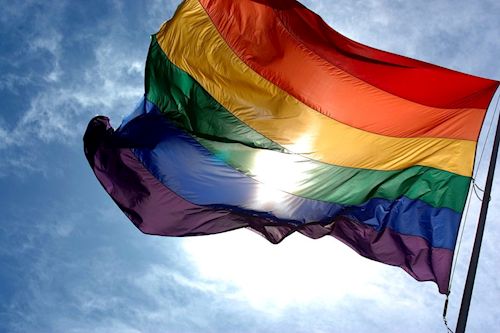 BARNEVELD, Wis. – Circle Sanctuary announced its support and participation as a cosponsor for the “Colors of Pride” celebration which highlights the intersectionality between queerness, racial justice, and religious identity.

The weeklong celebration is focused on creating opportunities for spiritual congregations to publicly support equality and forge stronger allyship with the queer community, and Black and Brown communities by combining the commemoration of Juneteenth and LGBTQIA+ Pride. The program seeks to have at least 300 congregations across the U.S. participate and partner together to raise awareness.

Rev. Selena Fox and Rev. Dianne (Minerva) Duggan released a joint statement highlighting the importance of the Equality Act of 2021 and calling for the Pagan community and beyond to support it:

Support the Equality Act of 2021. The Equality Act passed the U.S. House of Representatives (H.R. 5) and is now working its way through the U.S. Senate (S. 393). It will amend the Civil Rights Act of 1964 by banning discrimination based on someone’s sex, sexual orientation, and gender identity. It goes further ensuring fairness in many areas, including employment, housing, public accommodation, education, and banking.

Many Americans don’t realize that equal protections afforded to some citizens do not cover all citizens or all possible areas of discrimination. Equal rights are a patchwork of laws across the country that leaves some citizens vulnerable to being refused service at a restaurant, denied by a lawyer or bank, or kicked out of a government-funded homeless shelter, for example, simply because of who they are.

The Equality Act does not benefit only LGBTQ+ Americans, it goes beyond that. Presently, there are no federal protections for people of color, women, immigrants, and people of minority faiths from being denied service and otherwise discriminated against in retail stores, shopping malls and similar places. Women are also not yet fully protected from discrimination in government services and federally-funded programs.

We must ensure these vital protections are for all Americans. It wasn’t that long ago when slavery was finally abolished and all the states were notified (Juneteenth, 1865). It was barely 50 years ago that race was included in these rights. It was about 40 years ago when women could get financial loans and credit without a man’s endorsement. We’ve still got so much work to do. We must continue to expand our care of citizens regardless of how they appear or identify.

Become an ally of those who are different than you. In the beginning, you couldn’t vote if you weren’t a land-owner, or if you weren’t white, or if you weren’t male. Take some time to remember that the Equality Act does nothing to limit anyone’s existing personal freedoms. Instead, it expands those freedom to everyone. Personal rights should not be limited by how one looks, acts, or worships. Everyone should have a fair chance to provide a home for their families and access essential services without fear of harassment or discrimination.

America was founded on acceptance and openness. People came to this country looking for new lives where they could be themselves. They came looking for opportunity and freedom. Let’s recognize that all Americans are entitled to the same rights and freedoms.

Join the many individuals, organizations, and faith-based groups supporting this legislation. The AARP, AMA, ABA, and many other groups want all Americans covered by the freedoms that we hold dear. Faith groups and organizations such as the Episcopal Church, the United Methodist Church, the Evangelical Lutheran Church in America, Circle Sanctuary (Nature Spirituality), and the Association of Welcoming and Affirming Baptists are standing in support of the Equality Act of 2021.

In a nutshell, the Equality Act is designed to streamline and standardize equal protection under the law at the federal level not just members of the LGBTQIA+ community but for everyone, equally.

Articles in this section may contain graphic descriptions of violence. We use lowercase letters and quotation marks around “witch” and “witchcraft” to denote those who are not Pagans or Witches but are accused and frequently murdered as a result of being labeled as such.

Last month LEGO® introduced its Everyone is Awesome set in celebration of Pride Month designed to reflect and celebrate diversity.

Set designer Matthew Ashton, Vice President, Design said: “I wanted to create a model that symbolises inclusivity and celebrates everyone, no matter how they identify or who they love.

“Everyone is unique, and with a little more love, acceptance and understanding in the world, we can all feel more free to be our true AWESOME selves! This model shows that we care, and that we truly believe ‘Everyone is awesome’!”