PITTSBURGH – A federal lawsuit filed last week on March 24 against Pan American Group, LLC, which owns the second-largest Panera Bread franchise in the U.S., by attorney Michael J. Bruzzese alleges that Panera Bread employee, Tammy McCoy, was harassed and fired due to her Pagan religious practices and beliefs.

According to the court filing, McCoy filed a claim “alleging harassment and discrimination with Equal Employment Opportunity Commission (EEOC)” on or around August 13, 2020, after being fired on August 1, 2020. The EEOC issued a Notice of Right to Sue on February 12, 2021.

A Notice of Right to Sue is required to file federal charges and cannot be received until 180 days after a claim has been filed with the EEOC except in cases of age discrimination or equal pay. It also requires that charges be filed in court within 90 days of receiving the Notice.

In the court filing McCoy alleges that assistant manager, Kerri Ann Show identified herself as a Christian while the two of them along with the general manager, Lori Dubs, and another employee, Maria Bruno, were taking a break outside of the restaurant on or about May 29, 2020. Show then directly asked McCoy, “What is your religion?”

McCoy responded, “I’m Pagan.” The court filing notes that “she felt obligated to answer Show’s question since Show was her supervisor.”

Included in the court filing is the response from both managers: “Show made a face and immediately said, ‘You’re going to hell.’ Dubs, standing near by, vigorously nodded her head in agreement, her facial expression indicating that she was upset with the plaintiff’s disclosure.”

Also contained in the filing is the alleged retribution that followed.

A couple of days later, on or about June 2, 2020, the plaintiff asked Show when the work schedule would be posted. Show told the plaintiff, “Your hours are being cut until you find God.” She reiterated that the plaintiff needed to “find God” before she would return the plaintiff to her previous schedule.

Additionally, McCoy’s hours were reduced and she was scheduled for far fewer than the 30-40 hours a week she had previously worked, was often sent home early, and noticed she was being clocked out for 30-minute breaks she did not take.

She was also subjected to frequent statements by the managerial staff that her religion was false, she needed to believe in the Christian god, her soul was condemned to hell, and they were praying for her.

The court filing details that McCoy requested contact information for the Human Resources Department after being rebuffed by the district manager when she expressed her concern over the religious harassment, and then was told “no” and “we’re probably going to get rid of you anyways” after she requested to be transferred to another store location.

The same district manager, who is identified in the filing only as “Diann,” allegedly told McCoy, “If you call HR about this, you’ll be fired on the spot.”

Other allegations outlined in the lawsuit state McCoy was threatened with physical violence, mocked for contacting Human Resources, and eventually told to resign her position.

Also detailed in the filing, on August 1, 2020 another employee called McCoy and told her management instructed the employee to inform McCoy that she and her husband who also worked at the same location were terminated and not to come to work. The employee who made the call informed McCoy that other employees were not to speak to McCoy or have contact with her.

Lady Liberty League (LLL) executive director, Reverend Selena Fox has reached out to both McCoy and Panera Bread but has not received a response from either.

In comments to Religion News Service Fox noted that there has been an increase in claims of discrimination over the past four years.

“Pagans are continuing the quest for full equality, liberty, and justice in the U.S.A. and other parts of the world,” Fox said.

“Although there have been a variety of pagan rights legal victories, unfortunately, anti-pagan prejudice, harassment, discrimination, and defamation still happen.”

Fox told TWH this afternoon that LLL was “monitoring media reports and community commentary” and would continue to look into the case, despite not getting a response from either of the two parties and specifically from the diversity officer employed by the company. Fox said she has also reached out to the Pan American Group but has yet to get a response.

On Saturday, in what some viewed as a particularly tone-deaf move in light of the recent lawsuit, Panera Bread tweeted: 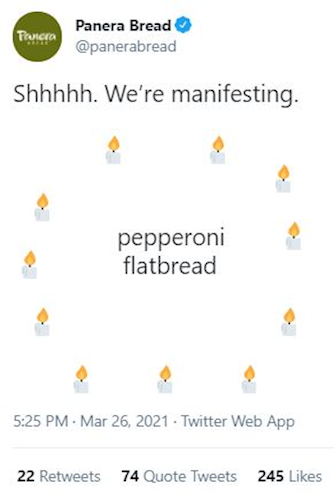 The hashtag #boycottpanera on Twitter was getting some traction as of today.

This a developing story TWH will continue to follow and report on any new developments. 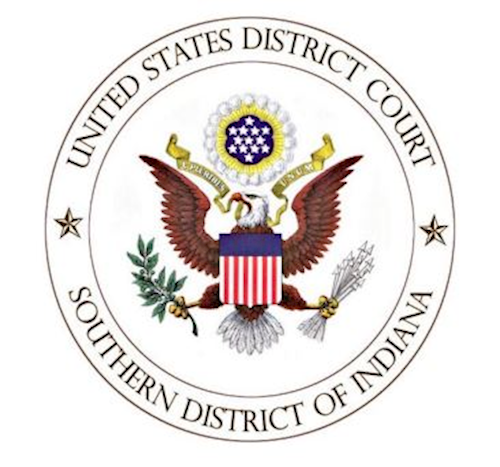 INDIANAPOLIS – Last week District Court Judge James Patrick Hanlon for the Southern District of Indiana granted a motion for a preliminary injunction in the case of Isaac Felton v. Commissioner of the Indiana Department of Correction, in his official capacity.

Under both the First Amendment and the Religious Land Use and Institutionalized Persons Act of 2000 (RLUIPA) Felton alleges that his right to practice his Druid faith communally has been violated.

The commissioner of Indiana Department of Correction (IDOC) asserted that Felton had access to reading material and was allowed to communicate with Rev. Kirk Thomas, former Archdruid of Ár nDraíocht Féin (ADF), but there was not enough interest among other inmates to offer a separate Druid religious service.

Judge Hanlon wrote, “The Court finds that the IDOC’s restrictions infringe on and substantially burden Mr. Felton’s religious exercise rights protected by RLUIPA resulting in irreparable harm for which there is no adequate remedy at law.”

He went on to say that while both parties acknowledge that all communal religious services have been discontinued due to the pandemic, they are expected to be resumed in the future and the suspension could not be used as an argument that Felton had not suffered irreparable harm.

Judge Hanlon determined that the IDOC had not provided evidence to support the assertion that other inmates might attend Druid services if they were offered, while Felton did provide evidence since he first learned of Druidry by first being a group of other Druids who studied together while incarcerated.

He also stated that the IDOC could not demonstrate how it would be harmed by allowing two or more inmates to study together or take part in a communal Druid service.

In short, this latest ruling could set a precedent for Druidry to become a recognized communal religious practice within the Indiana prison system.

Messi is a mountain lion that was rescued from the Russian Penza city petting zoo and suffers from a number of health issues that would not allow him to survive in the wild or thrive in a wildlife preserve. He is also approximately 30% smaller in size than what is normal for a cougar. Alexandr and Mariya Dmitriev purchased him in 2016 after first meeting him and learning the zoo was considering euthanizing him due to his health issues. Since then he has become a bit of an internet celebrity.