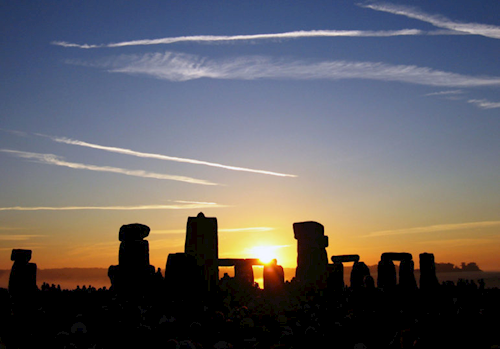 WILTSHIRE, England – Despite the shift in COVID-19 restrictions being extended and warnings from the English Heritage Trust, hundreds of people showed up at Stonehenge for Summer Solstice.

The English Heritage Trust, the charity that manages Stonehenge and other historical sites, had originally planned to welcome back large groups of visitors for Solstice. Unfortunately, British Prime Minister, Boris Johnson announced last week that COVID-19 restrictions would be extended for another four weeks, until July 19.

The extension of the restrictions was done in hopes of allowing extra time for getting more of the population vaccinated especially in light of a possible third wave of infections due to the Delta variant becoming the dominant strain in the U.K.

The English Heritage Trust announced mid-week that due to the extension of the restrictions, only small groups of 30 or less would be allowed to enter Stonehenge with  priority given to Pagan and Druid groups who registered in advance being allowed access prior to and after sunset and sunrise.

Unfortunately, a number of people breached the protocols and entered the grounds by climbing over fencing and took over the site, which caused the livestream of the sunrise to disrupted for roughly eight minutes. Footage tweeted by Stonehenge U.K. shows the situation:

Police eventually dispersing the crowd and the livestream was able to be resumed. It was not explained how or why the attendees caused the feed of the sunrise to be disrupted.

Ed Shires, host of the livestream told reporters, “We have been disappointed that a number of people have chosen to disregard our request to not travel to the stones this morning, and that is the reason why we haven’t been able to bring you the pictures that we would have liked to have done.

“It is disappointing to see that happen, but unfortunately in those kind of situations we have to put the safety of our staff members first, and that’s why we have had some interruption this morning.

“We have been told by police that people have now been dispersed and the situation is under control.”

Not all of those chose to ignore the restrictions of gathering in groups of more than 30 chose to violate the space. Footage posted to the Facebook page

Stonehenge Dronescapes, shows a ritual led by a Druid outside the fence and in a nearby meadow:

24 miles (38 km) to the north, Avebury also reported problems with lanes being obstructed by vehicles parked in places they were not allowed. Hundreds of vehicles were parked along roads near the site.

The Avebury Parish Council had requested a number of temporary road closings, and restrictions on parking prior to the solstice, which seemed to have merely pushed people attempting to get to Avebury further out and closer to the village of Ridgeway to try to find places to park.

The authorities closed access to parts of the Ridgeway Trail, a stretch of passage that spans 87 miles (140 km) from Avebury all the way up to Ivinghoe Beacon in Buckinghamshire to prevent damage to nearby fields and for the sake of public safety.

In a normal year Stonehenge attracts as many as 30,000 people for solstice events, and Avebury at least 10,000. 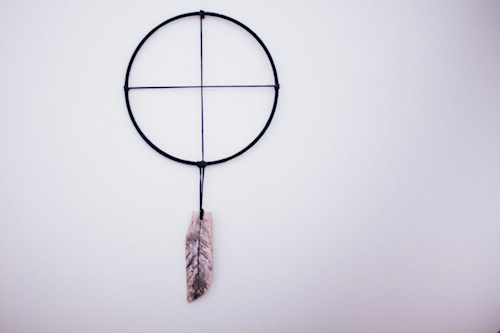 MIAMI – The Lummi Nation House of Tear Carvers has taken on an extraordinary project, to deliver a totem pole they created to President Biden in the nation’s capitol.

The totem pole, tipping the scale at 5,000 pounds, and measuring 25 feet tall and about 43 inches wide, represents all sacred land and sites, and was designed to help bring attention to the need to protect and restore sacred sites, which encompasses a variety of landscapes and waterways across the country.

The Lummi Nation is made up of about 5,000 tribal members near Bellington, Washington.

The master carver of the pole, Jewell “Praying Wolf” James, a Lummi Nation citizen described the totem pole as “a reminder of the promises that were made to the first peoples of this land and waters.” He was quoted by the Washington Post as saying he hopes that people will “share in their responsibility to safeguard the sacred sources of life — Earth, water and sky.”

The massive totem pole is making its way across the country and was in Miami at the Unitarian Universalist Congregation of Miami on Sunday, where the community was invited to come the stories and to then share their hopes, prayers, and even grief with the totem pole.

Rev. Tom Capo, Developmental Minister of the Unitarian Universalist Congregation of Miami, welcomed the totem pole and the Lummi Nation members noting he and the congregation felt an obligation to participate in the toitem’s journey.  “We do the work necessary to help preserve the land and help the people of the land,” he said.  Members of the congregation participated in a blessings of the totem on its journey to Washington, D.C.

The House of Tears Carvers of the Lummi Nation have created more than 15 totem pole journeys over the past 20 years to help raise awareness of the threats to natural and cultural heritage, tribal sovereignty, public health, and climate change North America is facing.

The journey of this totem pole has been named the “Red Road to DC: A Totem Pole Journey for the Protection of Sacred Places.” It is scheduled to travel to a variety of sacred sites across the United States so that it will carry the energy of those places within when it arrives at the U.S. Capitol on July 29.

The totem pole will be installed for two days on the Mall and outside the entrance of the National Museum of the American Indian in D.C.

The Washington State National History Museum director, Beka Economopoulos said, “It’s going to carry the spirit of the land it visits and the power and prayers of the people along the way to the symbolic heart of the nation.” She said keeping the pole in D.C. would make it a “monument to the protection of sacred places and a way of relating to the land.”

Carved from a 400-year-old red cedar tree, the totem pole bears a number of depictions that reflect native culture and practices. One is of an eagle “headed downward in a dive to the Earth,” representing a Lummi belief that the eagle is “bringing the spiritual power to impregnate the Mother Earth.”

Another shows a woman with a girl kneeling near her, according to master carver, James, the scene is meant to depict grandmothers across the country who are raising and teaching their granddaughters traditional Native American ways. There are also seven tears near this scene that are in place to reflect the seven generations of Native people around the globe who have suffered from the trauma inflicted upon them by non-Native peoples.

“They represent visions, dreams and stories that are handed down and shaped through each generation,” James said.

Other symbols include a salmon and a moon, as well as that of a man praying, and a red hand to represent the hundreds of indigenous women who are murdered or go missing each year.

“We sat nation-to-nation and signed agreements,” Judith LeBlanc, director of the Native Organizers Alliance said. “We gave up land that mattered in order to receive health care, education and housing. Those treaty rights have been denied all through history.”